Политком
додому Соціум PARALLEL WORLDS THAT INTERSECT: THE DIFFERENCE IN WORLDVIEW OF UKRAINIANS AND RUSSIANS 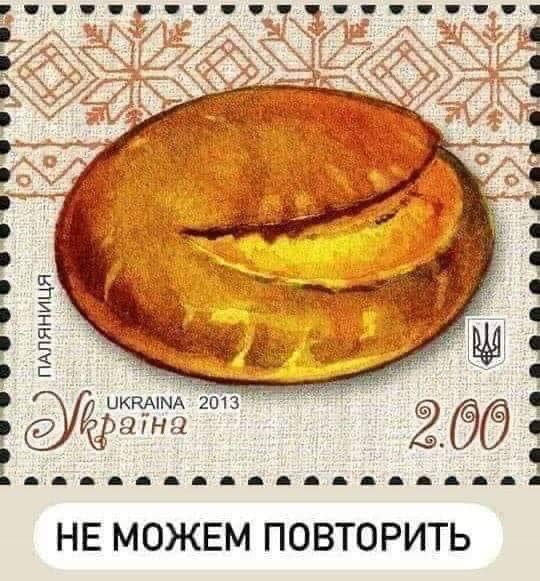 Russians consider us Ukrainians to be “wrong Russians”. They can’t understand the motives, emotions and reactions of Ukrainian people in comparison with their own. Ukrainians have a fundamentally different worldview and that’s why the comparison is impossible. Our roots lie in the natural connection with the Earth, integrity of the inner and outer Universe. Their roots have been suppressed and replaced with an artificial one, we will explain that further in this article.

Ukrainians make their own mistakes considering Russians “wrong people”. Ukrainians cannot comprehend how a human being can do things which couldn’t fit any normal consciousness. In fact, in Russians’ case, we are not dealing with people. We encounter an inhuman structure (egregore) which uses human bodies as programmed biomechanisms. Real people have been enslaved by ruthless egregore for ages. Their human nature has been constantly suppressed and dehumanized.

This structure has various ways of dehumanization, the most important of which is to use a mafia-like organizational structure to subjugate individual will. People are taught to feel helplessness in front of the “supreme authority”. At the same time people are taught to severely suppress everything which is lower by hierarchy. It’s not only about the prison or army, it’s about all aspects of life and social communications. Since dehumanization has been performed systematically at all levels for a long period of time  – its principles have become built into the subconsciousness.

At the same time, the egregore (represented by the Russian government) has created an alternative reality using cruel repressions to their own citizens, mass media, education system and other institutions. In that reality, one cannot believe in anything beyond that. The survival instinct has been destroyed and replaced with a program of collective fear. The natural feelings of love, intimacy have been replaced with loyalty to the supreme power impersonated and patched together with the President – Tsar (dictator). People start thinking of the state leader as the supreme power.

Criticism towards government actions is not allowed. People are forced to avoid the cruel truth and they are seeking justifications of the reality around them. Therefore, mentality, thinking and emotions become tunnel-limited. In such situations people are fed with the abundant stream of fakes. Government drastically distorts facts and represents the inverted reality. In simpler words, it lies all the time.

Broken will is compensated by increasing aggression. Aggression is channeled into the world and directed onto the image of the enemy, chosen by the supreme power. The sexual environment in this reality cannot remain healthy as well. It has a sadistic-masochistic deviation, and some sentimental motives that are used as a cover. It creates a society of individuals standing for “everything good” and fighting against ”everything bad”. At the same time, they are predisposed to violence and willing to support the war started by the government. Under this totalitarian rule, with their individual will suppressed, people are used to wage war. Aggressive tendencies of these “soldiers” are represented to the population as acts of heroism.

Zvyagintsev, one of the last talented Russian directors, showed the current state of society in his film “Loveless”. Loveless, nothingness, darkness – that’s what people’s souls are immersed in. It’s hard for Russians to face such reality. Actually, they can’t watch anything except TV, which helps them to stay in oblivion.

Ukrainians, people of free will, got used to expressing themselves freely and doing everything they feel needs to be done. We are wondering why Russians can’t rise against the oppressive government. For Russians this idea sounds like an appeal to give up gravity. That is the reason why most of them believe that the Ukrainian Revolution of Dignity of 2014 was organized by the USA. Even in a dream Russians couldn’t have thought of any other reason.

For Russians there is no concept of the “Free People’s Nation” (natural for Ukrainians). Instead of that they recognize themselves as a population ruled by a “Strong Hand”. That population does not understand why Ukrainians don’t want to do the same as they would do in the same situation, namely: join the protectorate of “Great Russia”. They are wondering why the Ukrainians do not want to get rid of their strange “chaotic order” with lots of social jumble. The only reasonable explanation for them is that Ukrainians have chosen the USA as the alternate “Great Power”.

Following Russians simple logic – there could have been no other reason. The USA is far away and obscure, and therefore considered to be hostile. In Russians’ alternative reality, the USA became the image of the enemy, an image Russians have used so much. Since they are persuaded that Ukraine has chosen the USA as a supreme power – Ukraine became the deadliest hostile enemy close to their borders. For years, Russian propaganda talks about Ukrainian hostility towards them through every available media source. It doesn’t leave space for a holistic world and Universe. It leaves no space for free states and free nations. It speaks in terms of “us”(Russia), “them” (Enemies) and “ex-soviet republics that must be reunited with Mother-Russia” (smaller states and nations across the border).

In such an environment Russian leaders wage war against Ukraine as a completely logical step. While Ukrainians are shocked by the invasion. They are shocked that Russia has used and copied the German invasion strategy during WW2. Like choosing attack time – 4AM, nazi-like symbols (“Z”, “V”), etc. And on top of that they blamed Ukrainians to be nazis and demanded for denazification (vanishing Ukrainians as nation).

Ukrainians are trying to withstand and keep human dignity despite all the violence around. They have to live through the loss of their beloved ones, houses  and everything they have worked on. Death of villages and entire cities. Mass murders and rapes. Kids’ deaths. Ukrainians have to go through a hard emotional field.

When Ukrainians are grieving, crying, getting angry, feeling hatred or love, living through the feelings that the war brought to them, Russians cannot perceive that. They do not recognize such feelings. The perceptive sensors have been replaced with distorted, templated ones, suggested by egregore. They cannot accept Ukrainian emotions, feel anger or resentment.

Sometimes Ukrainian collective consciousness connects with Russian one through the old common Soviet memory and begins to speak with Russians in the same manner as they speak. Then they hear us and consider us being them. However, this doesn’t let them hear empathy towards us. Instead – they hear their propaganda that Ukrainians are just “Russians driven to madness”, dangerous ones, who need to be destroyed, de-ukrainised, de-europeanised, etc. (see the article from the official news source – RIA news https://ria.ru/20220403/ukraina-1781469605.html).

Sometimes in the greatest despair Ukrainians curse invaders with phrases like “We will not forget and forgive”, “Burn in hell” and other curses. But when we do such things – it gives energy to their egregore. It doesn’t care where to take energy from  – will it be Russian aggression or Ukrainian pain. Suffering and eternal sorrow are its food.

Unfortunately, it is hard to remain purity for the Ukrainian mentality. It has been an object of constant informational attacks from Russia by means of the Ukrainian mass media network controlled by Russian special forces. Toxic political fights sprayed poison from the screens and destabilized the nation’s emotional state. Attack has begun 8 years ago after the first phase of hybrid intervention in Ukraine from Russia in the Crimea and Donbass regions. Russian authorities influenced our mental field to make it vulnerable and easy food for egregore. Ukrainians should not feed the monster!

Ukrainians need to do everything they can to starve the monster. In fact, war showed that we are able to transform fury into other qualities. Ukrainians have demonstrated lots of qualities from the beginning of war: the spirit and power of love, the inevitable will, the ability to interact in uncertainty, liveliness, mobility, intelligence, humor, openness, fearlessness, ability to accept deep emotional experiences, calm ruthlessness, willingness to adjust to everything, care, love, quick recovery. We have it all, we live it all, and we can help each other. This is our strength and our victory over the overwhelming inhumanity of our neighbors. That is the very reason why our Western partners and free people all over the world hear us and help us.

Of course, Russian propaganda tries to repack our strength and origination into primitive Soviet reactions described above. It blames us for the “rhetoric of insane military hysteria” belonging to them. But we don’t believe it anymore. We stay who we really are.

Facing the threat of almost certain death from the Russian warship, the Ukrainians told them in no uncertain terms they would rather die than surrender. In this case the brutality of the statement is important in many ways. It shows spirit and readiness to get through death. There is an Ukrainian stall phrase “Will or Death”.

And the world picks it up.

And the world supports it too.

We can be a showcase of quick self-organization and caring about each other.

And the world cares about us.

Give it an exercise and imagine for a second what would the world show us if we demonstrated revenge, aggression, emotional toxicity, cruelty? Would we be interesting to the world?

Like the Indian epos Bhagavhat-Ghita, Ukrainians are now living in the Kurukshetra battle, the Divine battle for the Truth. Our path now is the path of Kshatriya. To win because of love, to kill for liberation, to show honor and dignity. This is what our warriors do. This is what other people far from the frontlines learn and reveal in themselves. These qualities will help all of us survive and win.

Kshatriya are not afraid of anger and do not succumb to it – they direct it correctly.

Kshatriya do not lose self-control because they are led by a big heart.

Kshatriya aren’t guided by their emotions – they keep staying with them in oneness. And this is the source of victory not only on the battlefield. That is an entrance to the new world of human relations: sincere, fair and based on love. 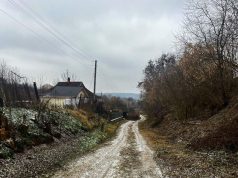 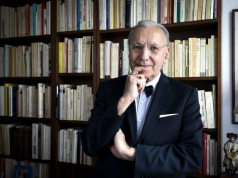